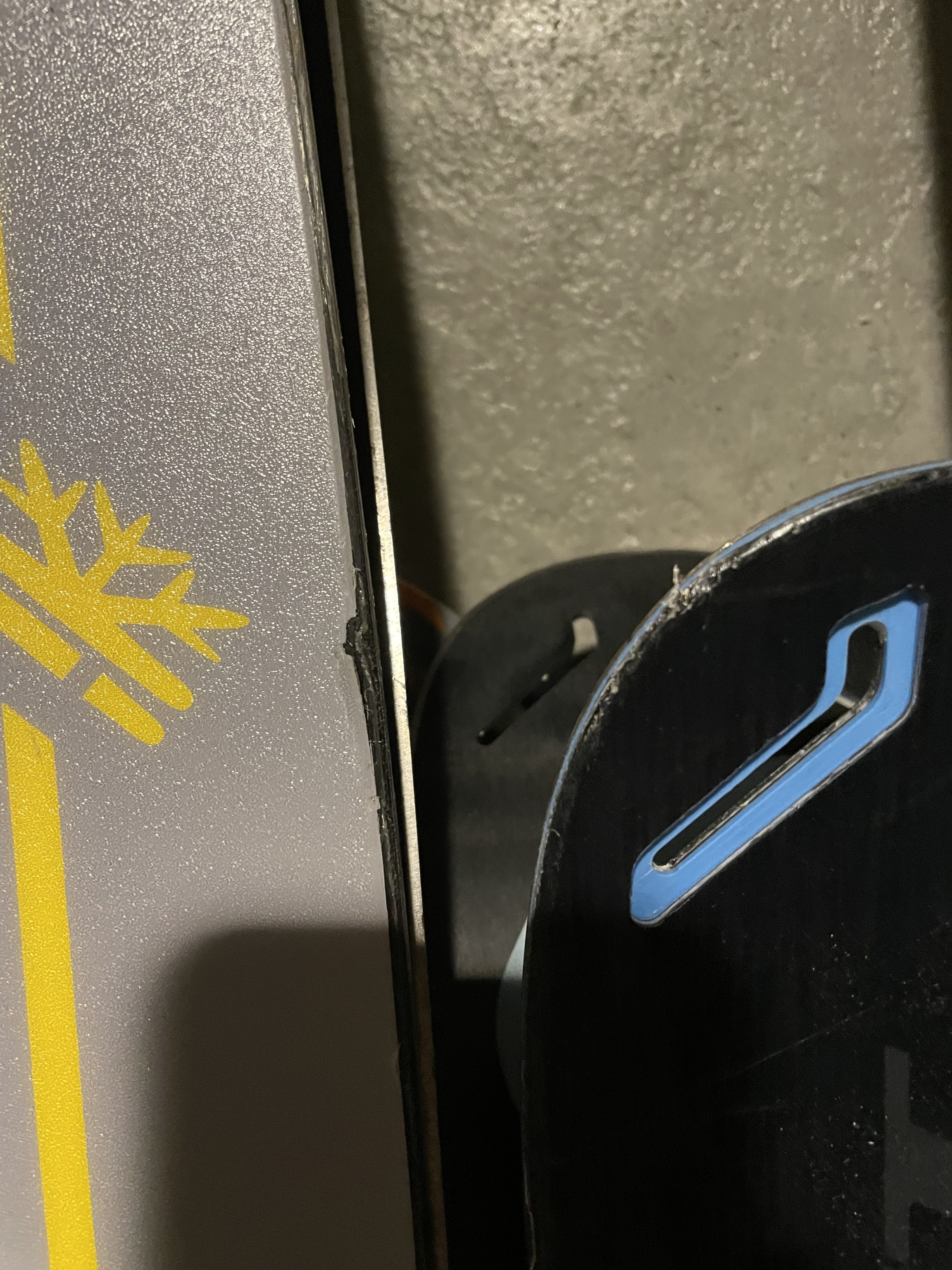 Small/med ding on the top sheet seen in the photo

No core shots.  Light shallow scratches on base.

Griffon's are pretty much new.  Less than one season.  Maybe 7 days total.  These are maxed out backwards at my 343mm touring boots, so if you're boots are smaller than that, you should be fine.

Skis were previously mounted for shifts.

My take away was they're pretty light.  Pretty stiff.  Want to go fast. Can't really carve hard on hard pack.  More like skidding and washing out of turns.  Still fun, actually, if the snow is soft.

I decided to go lighter and got a set of Backland 107's.

BOILERPLATE:  OTHER ITEMS IN THE PHOTOS ARE NOT INCLUDED (not my bonafides.  not my wifes slights.  not the rack behind them.  not my house.  etc). This is for the Wailers and the Griffons only 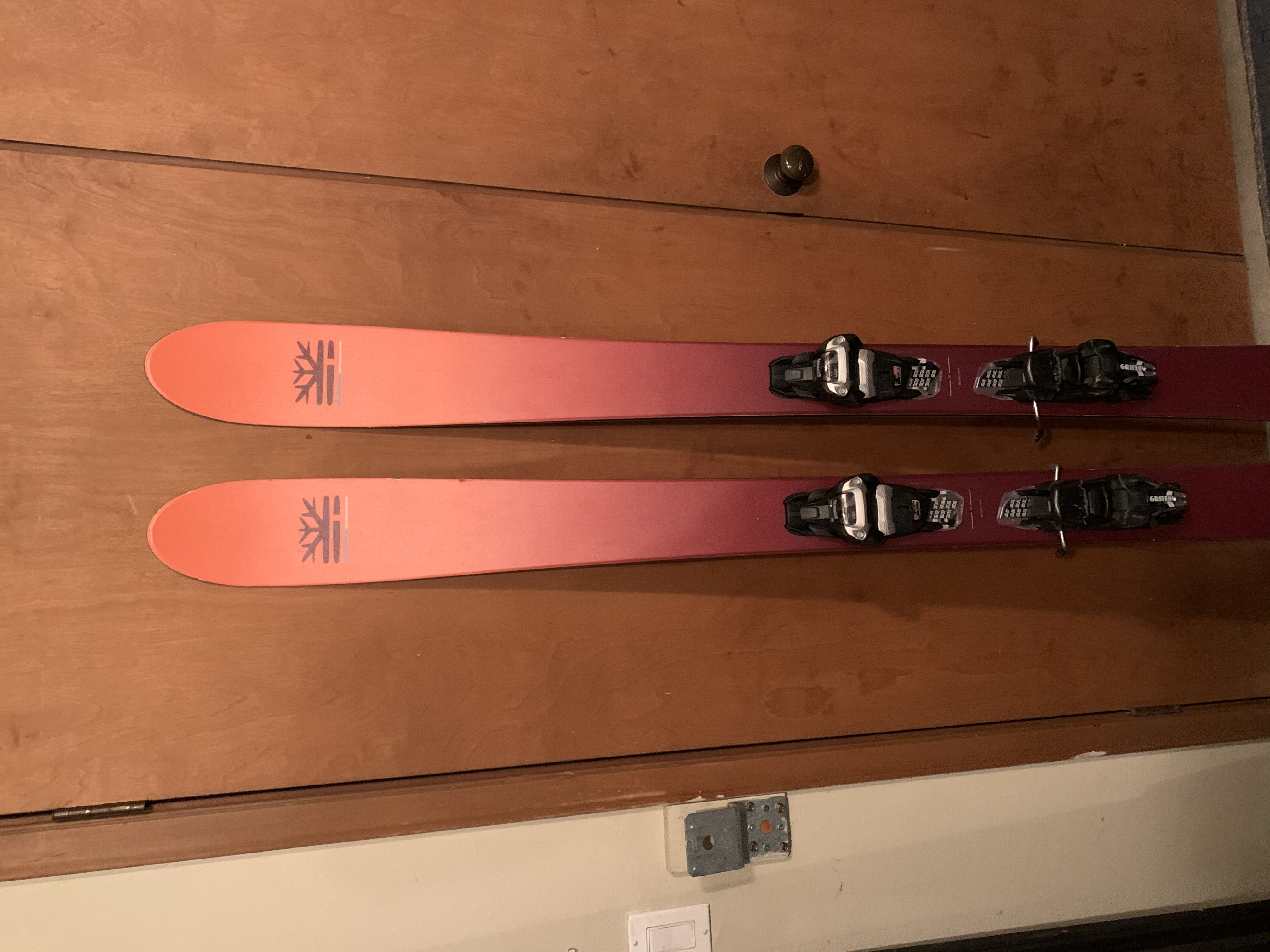