Product Condition: The Dzero DUB XX1 Power Meter Spider is in Excellent condition. The Quarq Dzero Dub XX1 Powermeter Spider is in Excellent condition. The spider was previously owned for approximately 2 weeks. The following observation has been made about this item: " The spider is very clean. There are small scratches from the mounting bolts and chainring bolts." Item sold as is. All warranties void.

Quarq's DZero platform has proven to be one of the most accurate and reliable power meters on the market, with its ability to measure right and left side power within +/- 1.5% accuracy. Recently, Quarq decided to upgrade the power meter chassis by integrating SRAM's DUB technology into the crank arms. The result is a stronger, stiffer, and lighter crankset that more efficiently transfers the effort from your legs into forward momentum on your mountain bike. To take advantage of the complete setup, you need this Dzero DUB XX1 Power Meter Spider, as well as a set of the new DZero DUB XX1 crank arms. Once you have these two components, all you need is a SRAM X-Sync 2 chainring and you're ready to hit the trails.

The DZero DUB Power Meter Spider uses a 4-bolt chainring pattern that pairs with SRAM X-Sync 2 chainrings. It's designed to fit 11- and 12-speed SRAM mountain bike drivetrains. And like we mentioned above, it must be paired with the Quarq DZero DUB crank arm assembly. The assembly is sold separately, and comes with a set of carbon cranks arms in multiple length options, as well as the SRAM DUB spindle. You will also need to purchase a DUB bottom bracket that fits the bottom bracket shell of your frame, if you don't already have one. They are available in multiple standards to fit vitually any modern bicycle frame. 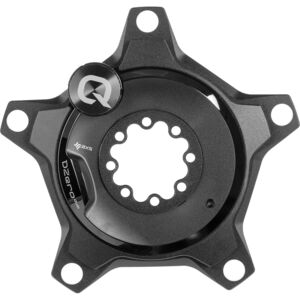 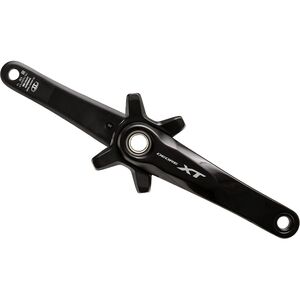