We'll be the first to admit that indoor training is not our favorite part of the off-season, but it's certainly better than letting your fitness dwindle and losing your competitive edge by the time spring comes around. Thankfully we're no longer condemned to mindlessly spinning away on the rollers when the weather outside is bleak, as the new crop of smart trainers does a pretty good job simulating the feel of riding on the road, and they can pair with training apps like Zwift to keep things entertaining for the duration of the workout. One brand that consistently stands out above the rest is Tacx, and the Neo 2T is their new flagship model. The Neo 2 was already widely recognized as one of the quietest and most powerful trainers on the market, and the 2T builds upon that platform with redesigned internals that make it even more silent and powerful than the original, as well as improved axle compatibility that allows it to fit a wider range of bikes right out of the box. Tacx also added ANT+ Cycling Dynamics to the firmware, allowing you to use the pedal stroke analysis feature with third party software such as Garmin Edge computers, making it easier than ever to monitor your output.

Diving a little deeper into the Neo 2T's internals, the biggest change is a redesigned motor with stronger magnets. This gives the trainer more torque (hence the "T" designation in the name), which eliminates the slipping feeling that past versions exhibited during hard sprints at lower speeds, like when you're powering up a tough climb. The placement of the magnets is also revised, which reduces the vibration transferred to the floor and lowers the noise level caused by internal air displacement. This makes the Neo 2T smoother and quieter than any previous generation. The redesigned internals also make the trainer more responsive to speed and incline changes, with dynamic inertia quickly compensating for weight, speed, and incline changes to ensure the most realistic ride feel possible.

A few more relevant details help distinguish the Neo 2T from other trainers in Tacx's lineup. Its max power is 2,200 watts (200 higher than Tacx's other high-end direct-drive and wheel-on options), it measures watts to a claimed 1% accuracy (a full 1.5% sharper than the Flux 2 Smart unit and well beyond any wheel-on unit's ability), and it simulates inclines up to 25% (putting it 5% higher than Tacx's closest wheel-on unit and 9% beyond the Flux 2, its closest direct-drive competition).

Is it broken? Used? Any issues? Quirks? Why didn't you like it? 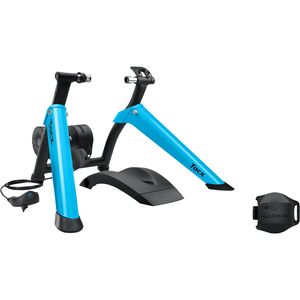 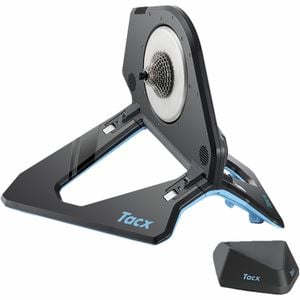