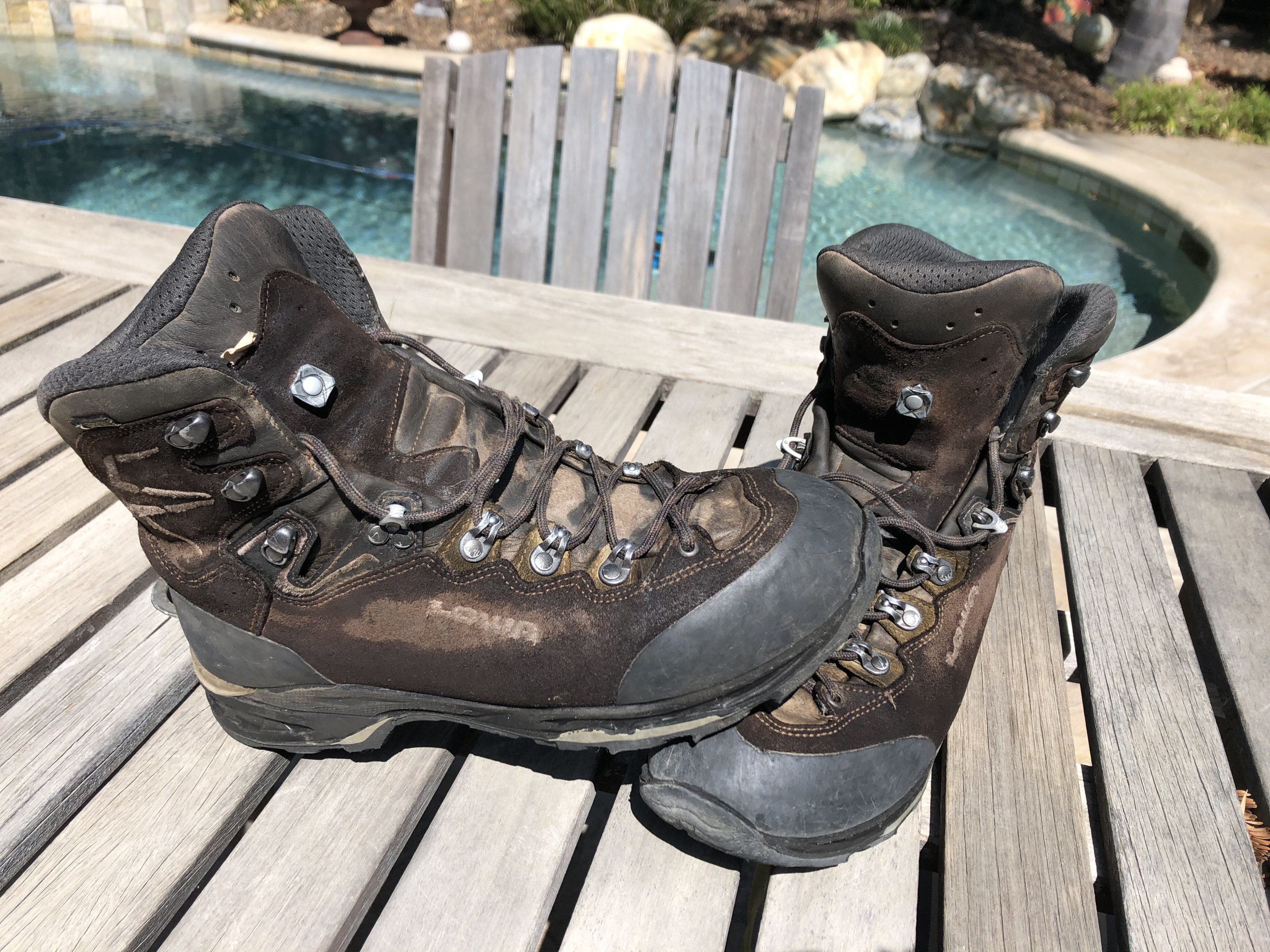 I went through a lot of reviews before picking these boots as my first ever pair of $300+ backpacking boots. One reviewer called these "perhaps the best backpacking boots ever made", and they live up to the billing, super secure, the best lacing system I've ever had on any boot, and extremely watertight. I hurt my lowback and ended up having to switch to a lighter pair of boots. These have seen about two seasons worth of use, maybe 50 days or so on the trail. A whole lot of life left in them still. I don't know where I put the inserts so they've been replaced with new inserts from the Garmont Dakota Lite boots I switched to (I use Sole inserts for the extra cushioning). The boot weighs 1 pound 15 ounces, has ballbearing speed lacing for the bottom three, then a cam lock for the fourth eyelet that the lace moves through freely when the cam is swung back or out but which locks the lace when the cam is swung up snug against the boot. I wish my Garmnot's had these, they are great!