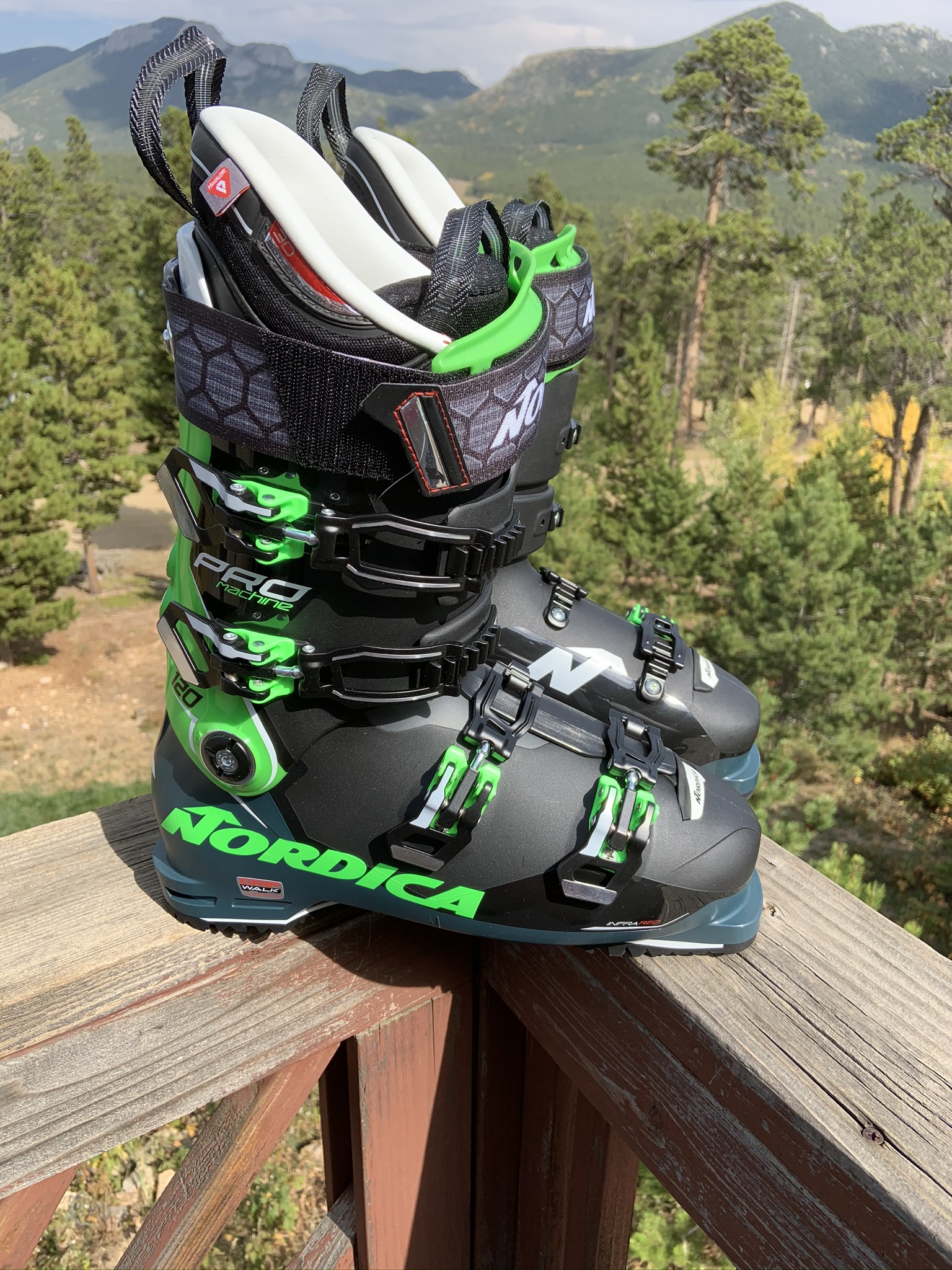 These are from two seasons ago. Misplaced in the warehouse. Brand new Pro Machine 120’s. They have a great fit right out of the box. Even better once the custom cork liner breaks in or is heat molded to your foot. My pictures show them with the GripWalk soles on them but they also include the standard (flat) soles. It has a 98mm last (width) and a tight heel.

I have an old pair of Nordica beasts that I like but are just wore out. Any idea on how the 2 compare stiffness wise?

I had the Beasts as well. The first year or two they were out, they were just the Beast. Then there were a few years of Beast 12s and Beast 14s. The originals were a 120-130 flex. Then, when they came out, the Beast 12s were a 120 flex and the Beast 14s were a 130 flex (that’s as stiff as recreational boots get). The fit of these Pro Machine 120s has an ever so slightly narrower last. 98mm. The toe box is squarish so it has a little extra side room. It has a high instep just like the old Beasts

I’m still interested in the boots. I have a budget of $300. Can you go that low or not?

I’m still interested in selling them. I’d like to get my money back for them. So, no I will not be lowering them. You can’t find them or the new version of them anywhere close to that price. Good luck on your hunt. 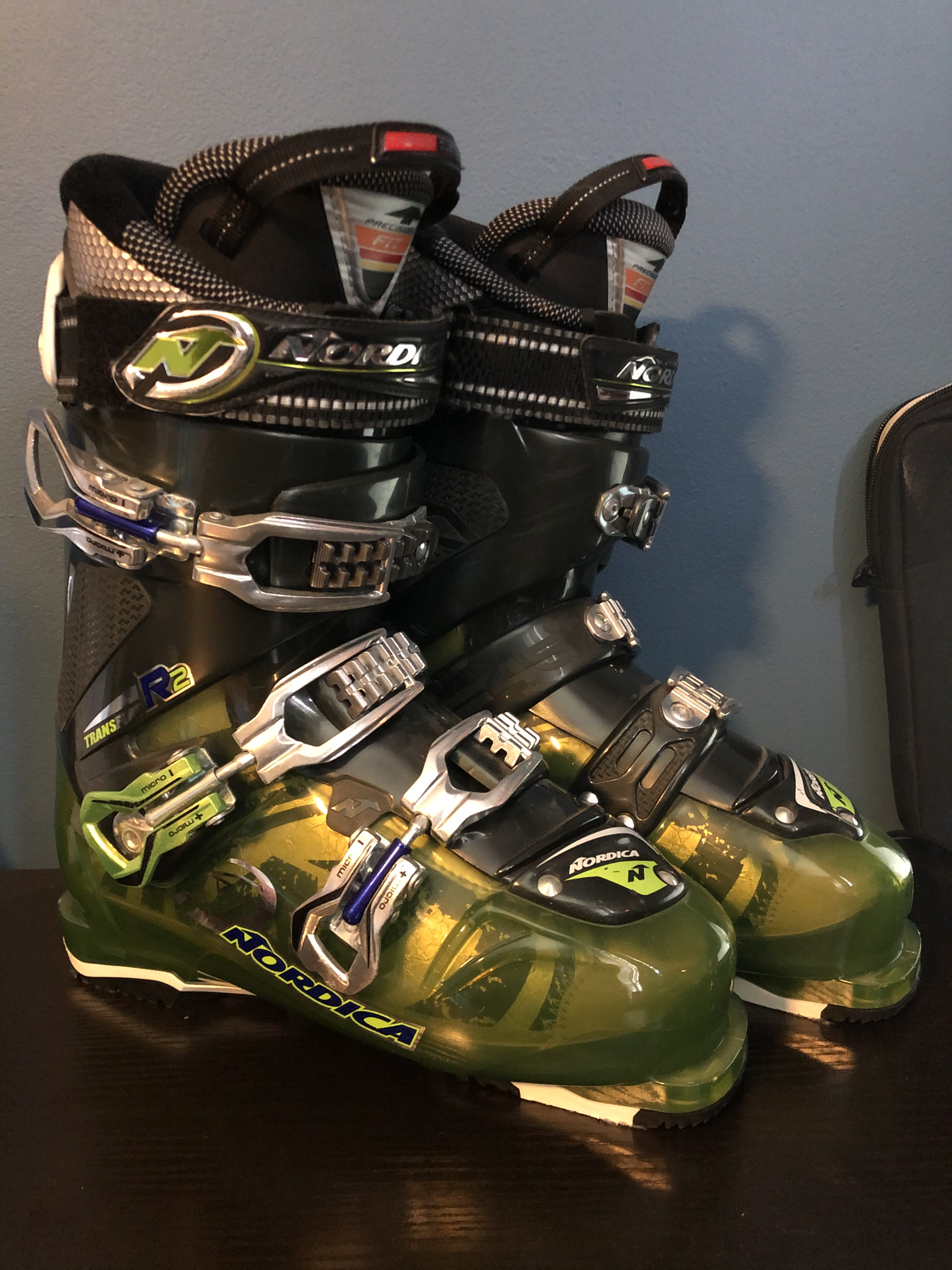