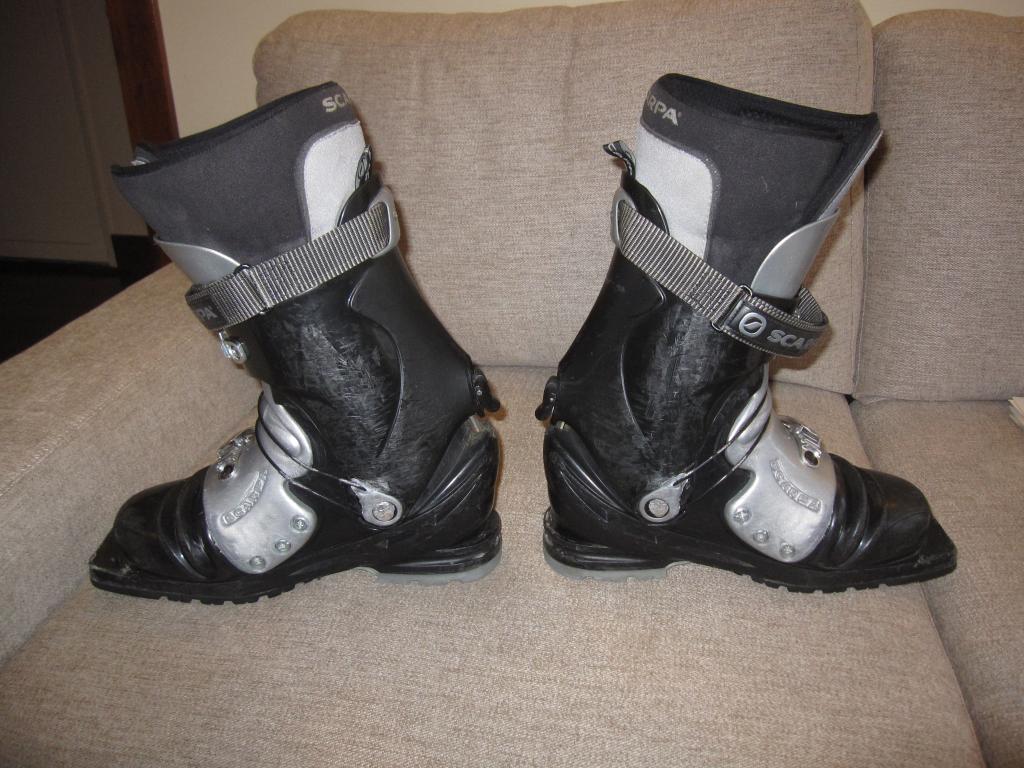 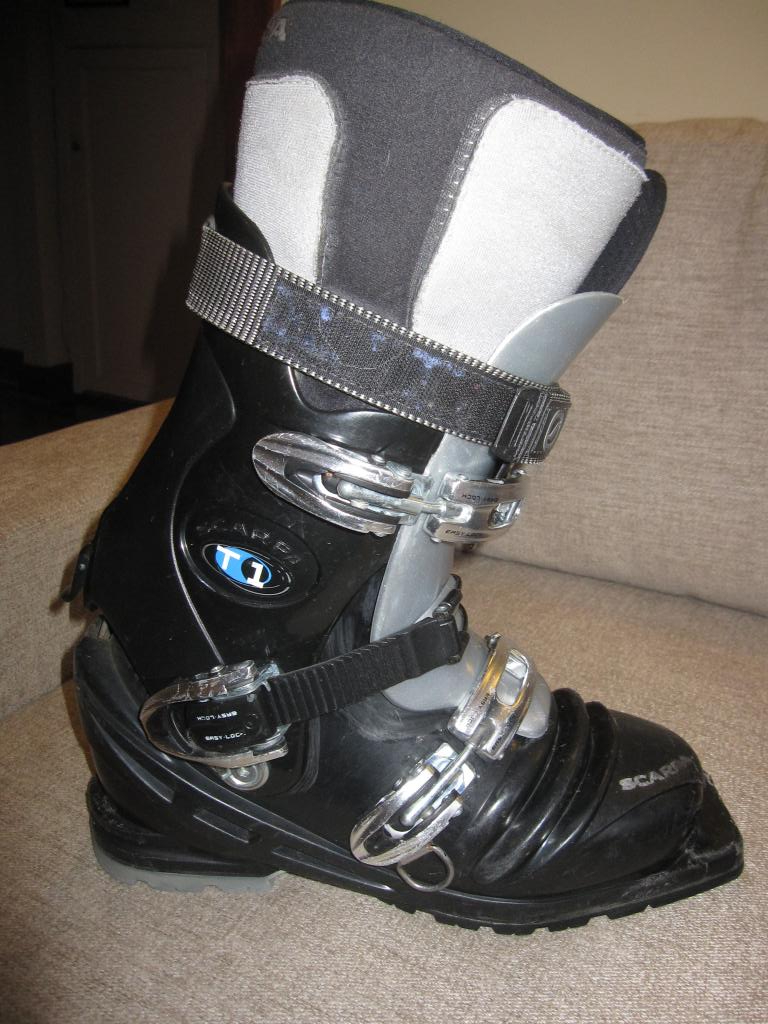 SCARPA  29  MONDO  T1 Aggressive tele boot that can drive a large ski and a large person on it. Well used but in good shape. Minor wear on the inside of the boots from bindings and edges. Wire on middle ski latches are worn but still functional. Three ski boot latches and a power strap. Can be used in 3-pin bindings but made for stronger/rear 75mm clip bindings. I’ve used these mostly in lift skiing on black and double black runs but they function well in the backcountry too. Liners are well used and should be able to be remolded; you might want new ones eventually. Scarpa tele boots are known for being wide so if you have a fat foot like mine they work great. These are older than most boots on the site but they’re still great boots and in good shape; I had to change to step ins as I’m too old to keep leaning over and clipping the back heel in. Sorry to see them go I've had great runs in these.