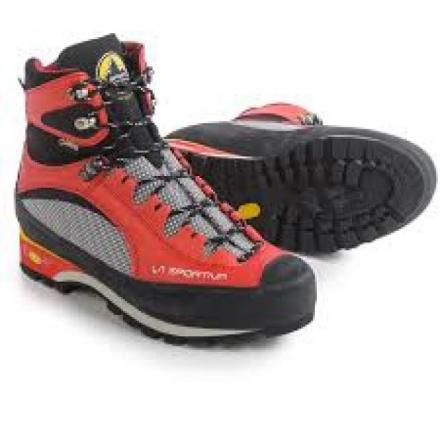 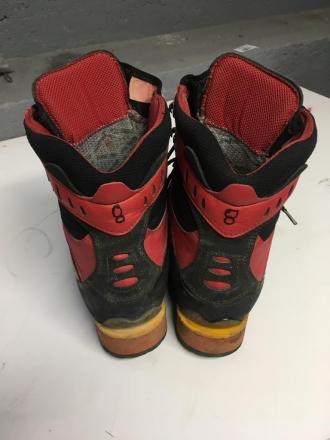 Used pair of La Sportiva Trango S EVO GTX boots in men's size 8 US. Definitely still have plenty of tread and life left. The boots in the photos are the exact boot I purchased six months ago and have put only about 30 miles on them since. Turns out, they were just a half size too small for my feet. These are the ulitmate 3 season boot for rock, snow, and ice, and they are comfortable for long approaches, as well! According to mountaingear.com: Evolution can occur in leaps and bounds - as is the case with the waterproof, rock-climbing ready, sturdy Trango S EVO GTX boots from La Sportiva which won Backpacker Magazine's Editors' Choice Award in 2004. While a breathable GORE-TEX lining keeps your feet dry from the outside in, your whole foot will be supported by the 3D Flex ankle that works in conjunction with your crampons when you're kicking steps or flat-footing your way across icy terrain. Brand: La Sportiva Model: Trango S EVO GTX Size: 8 US men's, 40.5 EU Condition: Good