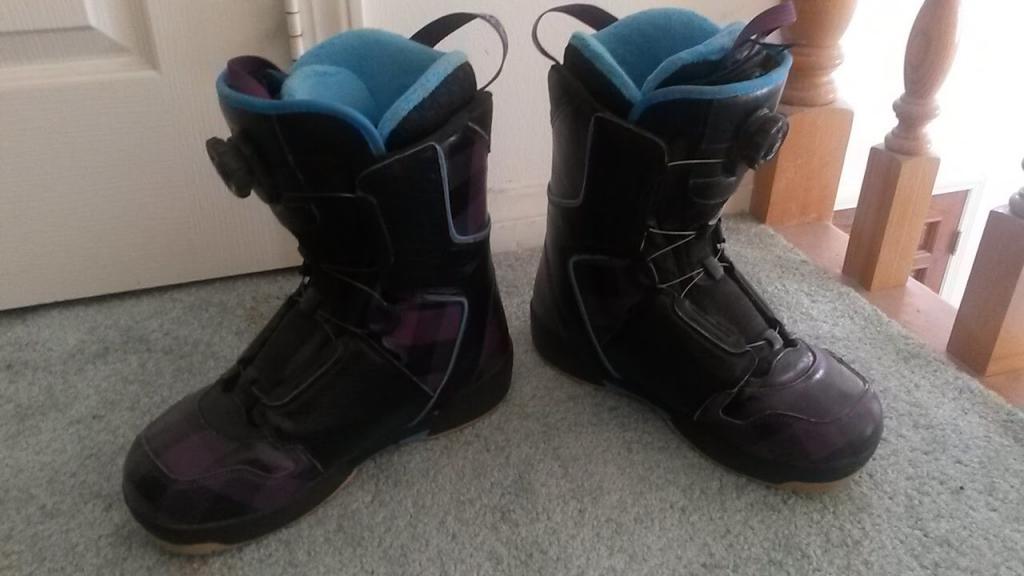 Bonfire B-1 Geo BOA Snowboard Boots SIZE 9 - 2011: Go ahead, say it. The Bonfire Geo Boa Snowboard Boots are cute. Real cute. Get past the good looks the real gems appear. Coiler Boa lacing gets you in and out with the flick of a wrist. Soft fury lining feels warm and soft and purple Buffalo Plaid makes the Bonfire Geo Boa Snowboard Boots pop! Flex rating 6. The size listed on the boots is 8 but it's in men's sizing so it's actually about a 9. Wore these boots for 3 seasons and they never had a problem with the boa lacing. Some of the blue is faded on the boots and there is a little chunk of rubber missing on the side of one of the boots (there is a picture but it's pretty small). The soles are still in great condition and they've just been sitting in my closet as backup boots. So time they found a new home!

ANSWER: The boots say 8 but on the original listing on evo they said men's 8. I now wear 9.5 and these were tighter on me so I think the men's 8 is the same as a women's 9. Hope that helps!